Re/Projections
Video, Film, and Performance for the Rotunda
The Guggenheim Museum Following the untimely shutdown of Rem Koolhaas and Samir Bantal’s “Countryside, The Future,” The Guggenheim needed to develop a new exhibition for pandemic-era visitors. They conceived of a video series displayed in the Museum’s iconic rotunda. “Re/projections: Video, Film, and Performance for the Rotunda” opened in March 2021.

The series opened with “In-Between Days” which screened recent video acquisitions from the Guggenheim’s collection.  Christian Nyampeta’s “Sometimes it was Beautiful” followed, with his film bookended with works from other artists who explore African culture and filmmaking.  Wu Tsang’s commission, “Anthem,” closed the series.  Wu Tsang collaborated with Beverly Glenn-Copeland to create this site-specific installation that mapped video onto an ephemeral curtain hung the full height of the rotunda with spatialized audio filling the cavernous space.

Large scale video display and audio reproduction may not have been at the forefront of Frank Lloyd Wright’s mind when designing the Guggenheim’s rotunda.  The museum blackened skylights and windows to provide a darkened space suitable for video.  LSTN provided acoustics and audiovisual consulting for the exhibition to develop a sound reproduction system that could provide clarity and intelligibility in the rotunda.  For the first two exhibitions, we deployed phase array loudspeakers that avoided exciting the reverberance of the space, which would result in a muddy effect.  The loudspeakers were located and oriented to provide traditional stereo reproduction while reducing focusing reflections off the rotunda’s concave walls, which would create anomalous echos, undermining the stereo effect intended by the artists.  For the final exhibition, loudspeaker were relocated and supplemented with traditional loudspeakers to help create an immersive blanket of sound that exploits the natural reverberance of the rotunda. 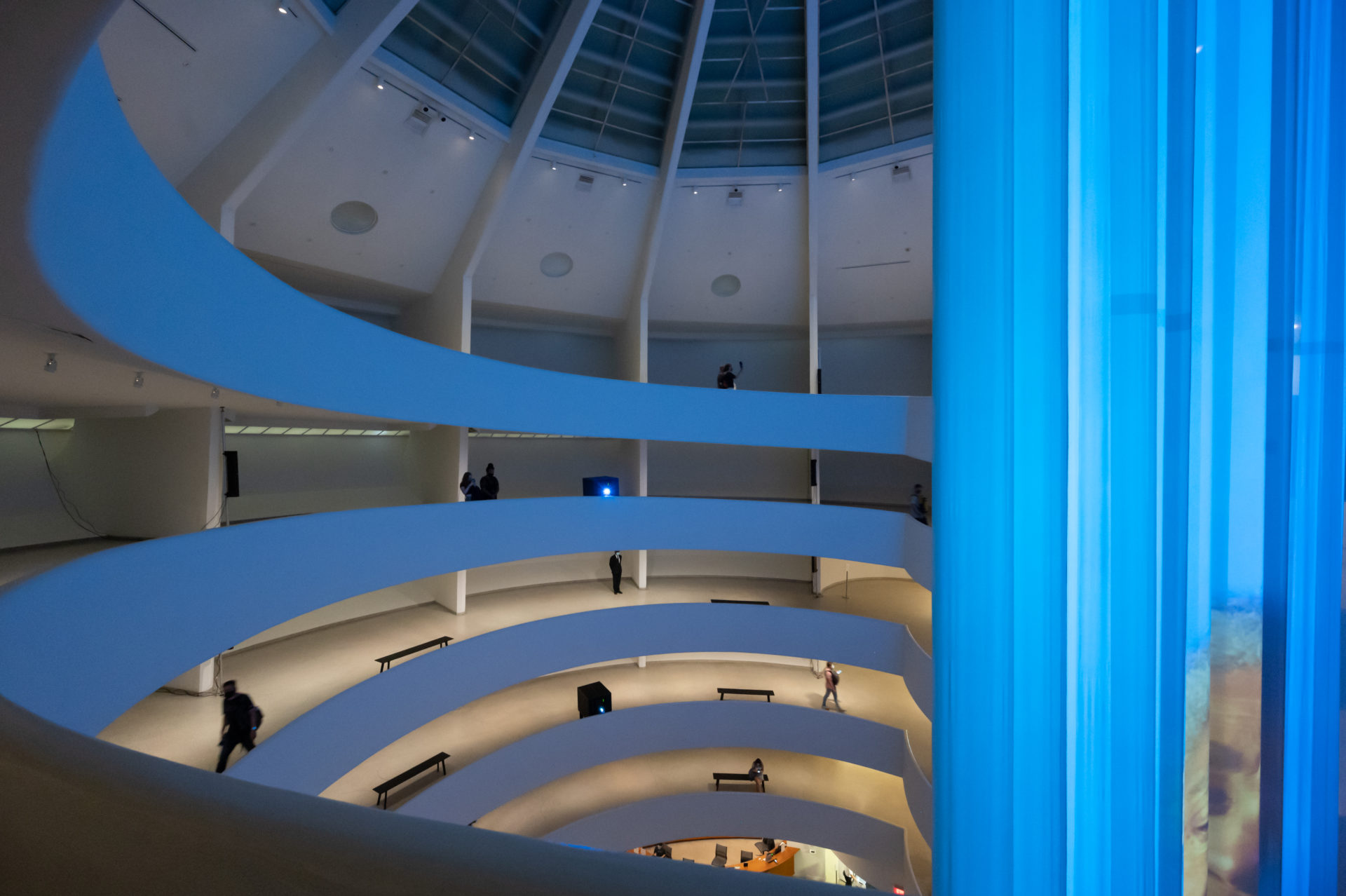